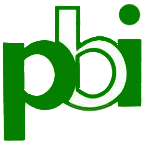 The Toronto Star reports: “The Competition Bureau has opened an inquiry into the marketing practices of the Royal Bank of Canada over allegations of “greenwashing” as the country’s biggest bank promotes its efforts to fight climate change.”

That article adds: “A coalition of six Indigenous leaders and land defenders and individual environmental activists filed an application claiming … the bank is actually exacerbating climate change by continuing to provide financing for fossil fuel development and expansion.”

The six applicants include Wet’suwet’en land defender Eve Saint who opposes the RBC financed Coastal GasLink (CGL) fracked gas pipeline being built on her territory and under the Wedzin Kwa river without free, prior and informed consent.

Stand.earth has documented: “RBC is among top commercial banks providing the CGL project with working capital, including CAD $275 million in project finance, a co-financed $6.5 billion loan, a $40 million corporate loan, and $200 million in co-financed working capital – while acting as financial advisor for the pipeline.”

Saint says: “Wet’suwet’en Hereditary Chiefs recently travelled across Canada in a Nation-to-Nation tour to raise awareness about the Coastal Gaslink project and the role RBC plays as financier of the project. It has violated so many of the Wet’suwet’en’s Indigenous rights, including by militarized attacks on the Wet’suwet’en. As drilling begins on our lands, now more than ever, we must stand up and speak out about RBC’s continued funding of fossil fuel infrastructure like Coastal Gaslink and how it contributes directly to climate chaos and undermines reconciliation in Canada.”

Since January 2019, more than 74 land defenders, legal observers and members of the media have been arrested in three militarized raids by the Royal Canadian Mounted Police (RCMP) to allow the construction of the pipeline to continue. And over the three-month period of March to May 2022, the RCMP have attended the Gidimt’en village near the CGL drill pad site by Wedzin Kwa 269 times. This despite the UN Committee on the Elimination of Racial Discrimination repeatedly calling on Canada to remove the RCMP from Wet’suwet’en territory.

PBI-Canada visited the territory at the time of the third raid in November 2021.

The Toronto Star has noted: “Investigations into false or misleading representations or deceptive marketing practices can lead to criminal charges or a civil lawsuit. The maximum penalty for corporations in civil cases is $10 million.”