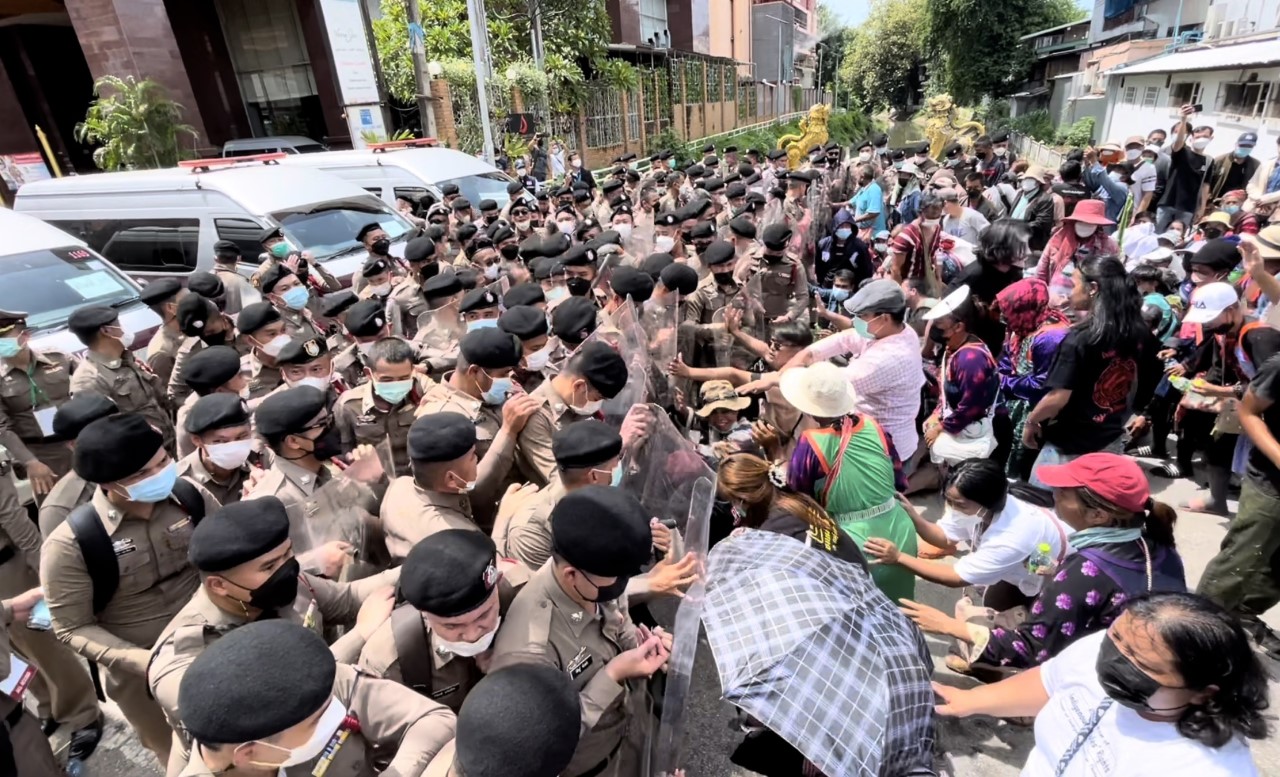 According to The Nation, the aim of this meeting is, amongst agendas such as promoting legal timber trade, “to create public-private partnerships among entrepreneurs in the forest industry to foster mutual understanding, information exchange, and to halt forest loss and land degradation to balance greenhouse gas emissions and reabsorption will also be promoted.”

The Northern Peasant Federation, numbering over 300 people came out in protest today, walking from Tha Pae Gate to Le Meridien Hotel, where the conference is being held, to get their voices heard.
According to a representative of the group, forestry issues in Thailand, especially the north, are largely unresolved. They say that mainly ethnic people living in mountainous regions, often without proper government documents nor any access to them, have been battling the loss of their land for many years. In fact, he said that in the past eight years the government has brought 40,000 cases to court over disputed forestry land, causing deep trouble and expenditure to many farmers and hill people across the region.
If Thailand agrees with APEC’s demands, he continued, then forestry land will begin to be used by corporations to offset their carbon, greenwashing the rich while potentially confiscating more land or blocking access to land, for the poor.
400 policemen were deployed today, but small skirmishes broke out nonetheless.

“We already have wonderful forests and jungles, we don’t need to replace them with trees planted for carbon offsets for corporations on the other side of the world,” one farmer told CityNews.

The official representative of the Northern Peasant Federation said that this matter affects the people, yet they are in no way represented in these very important meetings. Protesters say that they will not enter the hotel to cause any disturbances, but they will set a stage by the hotel to continue their legal protests.