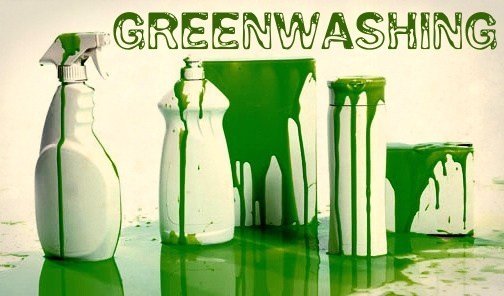 If you looked up “greenwashing” in the dictionary, you’d find a picture of Big Oil ads claiming their environmentally destructive company is actually a green hero.

Okay, not really, but at least as of this week, Merriam Webster has added “greenwashing,” defining it as “the act or practice of making a product, policy, activity, etc. appear to be more environmentally friendly or less environmentally damaging than it really is.”

For a slightly more robust look at the concept, there’s a new report from InfluenceMap comparing the public messaging, business operations, and policy engagement of the big 5 “supermajor” oil companies of BP, Shell, Chevron, ExxonMobil and TotalEnergies.

They estimate the companies spend some $750 million a year on advertisements and other climate-related communications like social media posts. And across some 3,421 pieces of public communications from the five companies in 2021, 60% contained a green claim, but only 23% talked about oil and gas.

On the business side, we see the opposite: Just 12% of the 5 companies’ capital expenditure is forecast to go into low-carbon investments. None of the companies are on track to meet the IEA’s net zero by 2050 recommendations, and none are in line with the Paris Agreement goals.

Faye Holder, program manager at InfluenceMap, told The Guardian, “Essentially, we found that big oil is spending millions of dollars on this green PR, and it is a really systematic campaign to portray themselves as pro-climate. But at the same time, they are still lobbying to lock in fossil fuels and investing in a really unsustainable energy future with high levels of oil and gas, and very low spend on low-carbon activities.”

The industry spends hundreds of millions of dollars telling the public that it’s green, while tossing peanuts to their actual green business ventures. And while that isn’t the official definition of “greenwashing”, it’s certainly a clear example of it!